We're Getting Mutants in the MCU - The Loop

Led by a Head of the Board

Centro Systems is a mega-corporation that controls the commercial and political spheres on all planets in its jurisdiction. Its main business is governing all the planets it owns, as well as dominating the market on those planets. Its main headquarters is located in the city of Tokyo on Earth, and Earth is the center of its empire, but its influence also extends to the planets of Venus and Mars as well as some border moons in the Outer Rim. Centro stays in power by maintaining a monopoly on all the markets, keeping people dependent on it for resources and employment. It also employs the Centro Military to defend its interests abroad.

Centro Systems was founded by Shiori Nakatomi in the year 2187. At its beginning, it was a telecommunications company located in Tokyo, but under Nakatomi's leadership, it expanded its reach and began selling to all of Asia. It then expanded to Europe and Australia, and soon had a monopoly on global communications for the entire planet of Earth. Nakatomi also expanded Centro's interests beyond telecom and began opening grocery stores, commercial centers, and factories all over the planet. She used different names for each of these subsidiary companies, and kept Centro's connection to them private at first, but their success only served to build Centro's power and feed Centro's profits.

With her power consolidated, Nakatomi was not satisfied with owning the planet Earth, and she began sponsoring projects on Mars. Mars had been inhabited by settlers from Earth for a few decades by this time, and Centro provided these settlers with all the resources they needed to build their domed settlements into mega-cities that would rival Earth's. Of course the caveat was that Centro Systems would own the government of these mega-cities, and would dominate the economy on Mars as well as Earth.

Shiori Nakatomi eventually publicly stepped down from Centro leadership, citing a desire to remove herself from the public sphere and go into retirement. She left the company in the control of a Board of Directors, which continued her vision to consolidate power across the galaxy. 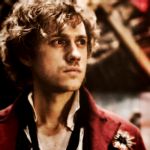 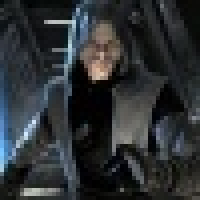